Gretchen Holloway, in her final year of graduate school, is in the throes of auditioning actors for her thesis film, inspired by a murdered young football star who has haunted her dreams for two years. Gretchen believes making the movie will be cathartic. But instead of freeing her, embarking upon the film production unleashes a sequence of events that lead Gretchen to conclude that she’s the reincarnation of the young man.

Regina Wilson has always wanted to be an actress. When her agent gets her an audition for a role in Gretchen’s film, which eerily mirrors one of the worst events of her life—the unsolved murder of her older brother, Robert—she’s hard-pressed to go through with it. Upon fleeing, she leaves behind a keepsake that features Robert’s photo. Gretchen sees the picture and recognizes Robert from her dreams. She tracks down Regina, and after being rebuffed and called crazy, Gretchen’s unexplainable knowledge of events in Robert’s life eventually convinces Regina that Gretchen is Robert reincarnated.

The two decide to have his case reopened, but their significant others are dead set against it, and the police, who believe that Robert’s death was gang-related, are less than cooperative. However, Gretchen is desperate to get justice for her former self, and Regina wants justice for her brother. The women piece together the final week of Robert’s life. And the deeper they delve into his past; one shocking revelation follows another, leaving them wondering who they can trust and if they’ll live long enough to find Robert’s killer and bring him to justice. 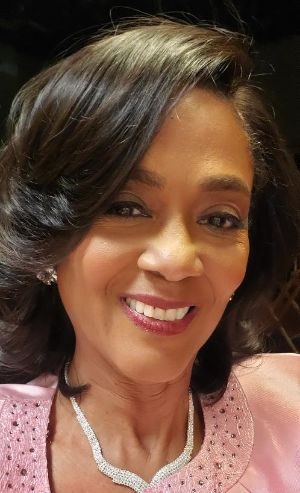 Shortly after graduating from USC with a degree in journalism, Alretha soon realized her interest in her major was not heartfelt. Instead of writing news stories, she wanted to write plays and books. Several years later, her church gave her an outlet to fulfill her writing desires through their Liturgical Fine Arts Department wherein Alretha penned twelve theatre pieces—the community response was overwhelming. This led to plays outside of the church, including Alretha’s One Woman, Two Lives, starring Kellita Smith (The Bernie Mac Show), directed by four-time NAACP Image Award Best Director recipient, Denise Dowse. The production garnered rave reviews from critics and audiences.

In between plays, Alretha self-published her first novel, Daughter Denied, in 2008 and has received glowing reviews from readers and book clubs across the country. Representing her book and plays, Alretha has been the guest on many radio shows and television shows including San Francisco Public Affairs show Bay Sunday with Barbara Rodgers on CBS affiliate, KPIX. She was also interviewed by KTLA News Entertainment Reporter, Sam Rubin. In 2011, Alretha self-published her second novel, Dancing Her Dreams Away, and it was also well received. Her third novel, Married in the Nick of Nine, spawned a four-book series that was acquired by Soul Mate Publishing in January 2014. The series has since reverted back to her. In August 2014, Alretha was awarded the Jessie Redmon Fauset Literary Award for her indie novel, Four Ladies Only. In 2016, Alretha created the Detective Rachel Storme Mystery Series: Justice for Jessica, Losing Lauren and A Penny for Her Heart. In 2018 and 2019 Alretha debuted two additional mystery books—
The Women on Retford Drive and The Truth About Gretchen, respectively.

Alretha is also an actress and can be seen in numerous commercials and television shows. She currently plays Anastasia Devereaux on Tyler Perry’s Assisted Living that airs on BET.