Skip to content
Dick Thornby is not Hollywood’s idea of a spy. He’s a new kind of spy for a new kind of world. In his rough and tumble job there are no tailored Italian suits, no bimbos eager to please, and no massive underground fortresses built by evil overlords seeking world domination—just an endless series of sinister threats to the safety and security of the billions of mundane citizens of the planet. Sure, Dick’s tough and he knows a few tricks to help him get out of a tight spot, even if his boss accuses him of over-reliance on explosives. But he’s also got a mortgage, a wife upset by his frequent absences on “business” trips, and an increasingly alienated teen-age son who spends way too much time playing in gaming worlds on the computer. In the end, Dick can save his partner, save his marriage, save his son, or save the world, but he can’t do it all. Says Spy Guys and Gals: “What a terrific ride … action, great characters, interesting twists, and enough suspense to make you both hold your breath and turn the page” Says Game Knight Reviews: “This is a spy novel that intersects with the world of MMORPGs and combines a set of topics I haven’t seen before. It is a bit of The DaVinci Code with some James Bond and a modern virtual reality spin.”

Donald J. Bingle is the author of eight books and more than seventy shorter works in the thriller, science fiction, fantasy, mystery, horror, steampunk, comedy, and memoir genres, including the Dick Thornby Thriller Series (Net Impact, Wet Work, and Flash Drive) and the near-future military science fiction thriller Forced Conversion, about which Hugo and Nebula Winner Robert J. Sawyer said: “Visceral, bloody–and one hell of a page turner! Bingle tackles the philosophical issues surrounding uploaded consciousness in a fresh, exciting way. This is the debut of a major novelist–don’t miss it.” More on Don at www.donaldjbingle.com or follow him on FB, Twitter, and TikTok @donaldjbingle.
Website : http://www.donaldjbingle.com

How did they expect her to play the game if she didn’t even understand the rules?

Get the complete series boxed set – all six books – at an incredibly low price!

Abandoned as an infant, Quinn Faust is about to discover she’s not just a normal human being.

Bounced from foster home to foster home, she came to rely on her street smarts, martial arts skills, and the tiny silver amulet that was the only link to her lost family.

Hired by a video game company to test new Virtual Reality gear to train soldiers, Quinn quickly learns there’s more to the game than they told her.

Now strange happenings reveal a world hidden in the shadows, the existence of supernatural creatures, magic and mystical powers.

Does Quinn have what it takes to claim the birthright of long-lost Hunter clans?

It’s a fight just to survive. VR assassins and demonic forces lurk in the shadows in this hidden world. Doesn’t help that there’s something, or someone, else gunning for them too.

Can an apprentice Huntress, a grizzled veteran, a lone sorceress, and a tech witch find a way to stop a newer, even greater evil?

As Quinn finds her way with her new abilities, she and her new clan continue their work to counter the efforts of demons bent on invading our world.

Caught in an epic battle between the light and the dark as old as time, the Huntress and her team may only have one chance to save those she’s sworn to protect.

Will it be enough?

Huntress Quinn Faust and her friends search for a master vampire in hiding. Her new clan deals with the aftermath of their battle with John Handon and his minions. All the while, Quinn fights for control over her abilities following the destruction of her magical amulet.

A thin glimmer of hope leads them on a quest for ancient Hunter knowledge. Even the intrigue of Fae power struggles won’t deter Quinn as she seeks to replace what she lost.

Quinn Faust used to be the only Huntress in town. Now a stranger threatens to upset everything.

Building the new Huntress Clan holds all Quinn’s attention. Now, though, new distractions might undo all her hard work.

With an entire shifter community disappearing from the city, and the arrival of a new player on the scene, Quinn must focus on being true to herself and her unique Huntress skills.

Huntress Quinn fights for her life against unknown magical threats.

But just as she discovers the source, she faces trial for a crime she didn’t commit.

Can she rally the city’s defenses, hold her new clan together, and meet the challenge of a trial by Fae?

In the sixth and final book of the Huntress Clan Saga, Huntresses Quinn and Avery are the last line of defense protecting six powerful little girls. Their hidden power holds the key to the seals on a demonic portal.

Dark Fae seek the girls in their last play to defeat the Huntresses once and for all.

Now, it’s a race across two continents to get to Baltimore first.

After learning he has only months to live, Gemini Fowler is granted one shot to cheat death when a billionaire game-developer offers to transfer his consciousness into a virtual realm using a technology that could end death as we know it.

The only current VR with the capability to receive him is the unreleased video game, Enora Online, and Gemini must survive until level ten or be completely wiped from the servers… and existence.

Welcome to Enora Online, where virtual is reality.

What Readers have to say about Gemini’s Crossing:

This book is epic. Awesome storyline and great character development. Thanks for a great book.

Great world-building and a great introduction book.solid character growth and good pacing really unique characters without being overwhelming and number. Definitely 5-star book in one you should pick up .

I absolutely love the notion of end-of-life options like this. Sign me up. The engrossing world building and overall philosophy is something that sticks with you for a while, making you wonder about your own mortality and what it means to be sentient.

I am hooked after reading the first book and can’t wait for the next. I usually take a long time to read books, only a couple chapters at a time, but couldn’t put this down.

Great sample of the genre. Enough stats to geek on, not heavy on the sex. Fun relationships, great side characters. Click rules!

Hey if y’all are looking for a great LitRPG series to start on this The Series! Already downloaded the 2’d book! Can’t wait!

All 3 books were a lot of fun, no overly graphic adult situations, something that you would not mind sharing with friends and family. 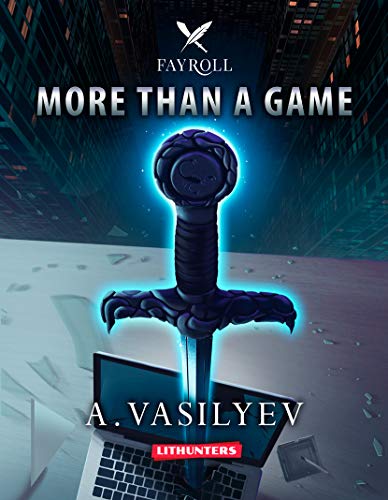 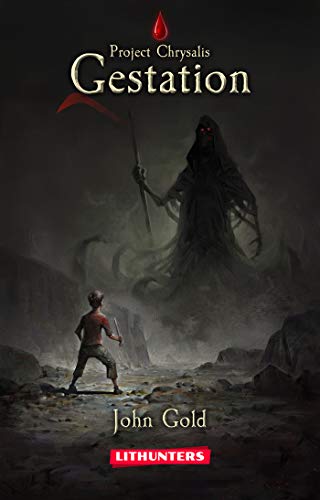 If you mix Sword Art Online and The Land, and make them both darker — Project Chrysalis is what you get in this new Gamelit series.
Chrysalis is the project of the century. It’s a hyper-realistic fantasy RPG set in the Middle Ages. Chrysalis is a perfect virtual reality game where every orphan under governmental care is placed in an in-game family to finally obtain all the love and care from the parents which kids need so desperately.

But for one orphan who took part in this program something went horribly wrong.

Instead of a happy childhood, Anji undergoes demonification. Betrayed for the sake of someone else’s master plan, he finds himself in the most hopeless place of Chrysalis: Hell, full of bloodthirsty demons, agony, and despair.
Empowered by homesickness and revenge, Anji’s alter ego Sagie will go through Hell to face those who have taken everything from him. Cruel gods, bloody demons, and game moderators whose purpose is to keep order and safe balance will do their best to stop him on his crusade. The road will be long and gruesome, but blessed are those who struggle.

***
Project Chrysalis: Gestation is the first of four books of a brand new LitRPG series by John Gold. This is a Gamelit story of a battle for your dreams with a mix of MMORPG, space opera, dystopia, epic fantasy and sci-fi. It is full of plot twists, riddles, and revelations.

The story of Sagie has just begun.
Do not believe your own eyes.