Skip to content
The second civil war has come to America, and the Four Horsemen of the Apocalypse are riding. Good News for Dead People is a short story collection about what happens in the time between twilight and pure darkness. Set in an alternate reality that is both far away and uncomfortably close, runaway climate change, war, and scarcity lurk around every corner while anarchy reigns supreme. Follow a psychopath fresh out of prison, a thyroid patient searching for pills, and a Senator’s shroom-obsessed son, among others, as they navigate the dangers of a bizarre world that is hostile to life itself. See war and collapse from perspectives never explored, from genesis to the bitter end.

Jamie lives in Appalachia, where they enjoy gaming, reading, and being reclusive.
Website : http://jamiewaterswriting.blog
There is no force more compelling on Earth or in the parallel realms than forbidden love. It beguiles and inevitably self fulfills. It finds a way. Right or wrong, forbidden love can be a very beautiful thing, but that beauty is a blade, and it has a razor’s edge. Impossibly, love blooms amidst a savage gender war that has raged for millions of years within a parallel realm. The Pentavi shapeshifters – an all female clan, and the Sinteverete sorcerers – an all male clan, were sworn enemies; divided and forced to fight by their insatiable and conspiratory Elders; they were forbidden to procreate, but made ageless by magic. The two genders were only vulnerable to death during battle, and battle was all they knew. Layluna, a hardened Pentavi warrior, starts to suspect her Elders voracious appetite for war is a ruse. She and her mate, Maysiff are determined to uncover The Elders true designs, and end the never ending war that has plagued the clans since the dawn of time. Unbelievably, they are joined by Vasser, a true immortal Sinteverete sorcerer, and head of the undying Nevuscar. He too shares their suspicions surrounding The Elders, and the three of them embark on an epic mission of bloody satisfaction. Forbidden love writes itself into the story, and proffers a child of incredible power. She may be the only way to end the war, unite the clans, and eliminate The Elders, but she would have to survive first.

I live in North Carolina with my beautiful wife and my lovely step-daughter. I work as a CT tech during the day but my true love is art. I am an artist and writer at heart. I enjoy bringing my characters to life and challenging my writing skills by changing genres. My beautiful wife is the one who got me into romance. I love living in the mountains and hiking but have lived all over the country and enjoy writing about all of these various locations.
Website : https://www.justinbourneboring.com

In the opening scenes, Clayton Dorn, the CIA operative and male protagonist from First Chronicle, finds his efforts to save Afghanistan hamstrung by an administration that is at once selectively bombing the Taliban, attempting to negotiate a peace settlement with them and not so secretly backing its way out the door. When Clayton learns that Saarah Khalil, the female protagonist and love interest from First Chronicle, has been captured by a Taliban warlord, he and his team of maverick CIA operatives once again go completely off the reservation in an attempt to rescue her. From the high valleys of the Hindu Kush to the barren red desert plains of Herat and Kandahar, they crisscross Afghanistan, teaming up with various allies, capturing Taliban leaders and suffering no silence in their efforts to find Saarah and free her from bondage.

By the time Clayton is ready to launch his rescue op, he is on the wrong side of everyone, from the president of the United States on down to his own CIA chief, and with only one clue to guide him, what a young Taliban deserter has told Clayton of Saarah’s possible whereabouts. With Kabul surrounded, the American government fleeing for the exits and one secret bargaining chip in his back pocket ─ a supreme Taliban religious leader being held by the Northern Alliance ─ Clayton and his fellow operators team up with what’s left of the Lipstick Warriors on a life and death mission to save Saarah.

If you enjoy sweeping adventures with rogue warriors and colorful characters, look no further than Afghan’s Lipstick Warriors: Darkness Falls, a tale that will keep you riveted until the very last page is turned.

A fantastic read. Corcoran and Williams have created an indelible portrait of the warrior experience in Afghanistan. From the absurd to the tragic, from the comic and to the just plain dumb ass things soldiers do to keep from going mad amidst the crucible of war, the adventures herein are all too real for those of us who did our time in country. An important book, if for no other reason than to remind us of how long and hard we fought for the freedom of the Afghan people, only to have it blown away with the wind. 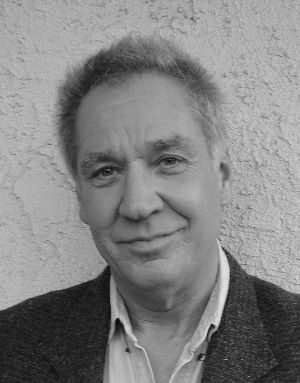 The product of an Irish/Italian family, Mr. Corcoran was transplanted from the clapboard New England of his youth to the cookie cutter, stucco subdivisions that increasingly littered the old ranches and disappearing orange groves south of Los Angeles in the 1960s. Ever rebellious, and true to the folk music/coffee house idealism that helped shape his early worldview, he chose to resist the Vietnam War, was a man without a country for several years and can count incarceration in a Mexican prison as one of his many colorful experiences from that era.

Having pursued a love of reading and writing in various forms all his life, Mr. Corcoran finally took that passion seriously around the turn of the millennium and has dedicated the remainder of his days to authorship. In completing the circle of destiny, he has returned to the New England of his youth and presently resides along the shore of Rhode Island.

It’s 1702. Dreaming of glory, a Spanish officer prays England will attack. When the attack comes, he won’t be ready.

Spain and England are at war—again.

Far from the European centers of power, the Spanish port of Arecibo, in the Caribbean Sea, becomes a target of the powerful English fleet. The defense of the port falls to Lieutenant Antonio de los Reyes Correa. The lieutenant is a proud and ambitious officer and a loving husband and father, but his men are inexperienced, and they are armed only with pikes and machetes. The battle-hardened English troops bring swords and firearms. They also have a man inside Correa’s camp.

The defenders are outnumbered and outgunned.

When the reinforcements he needs fail to arrive, Correa realizes the English may massacre the whole town, including his parents, his wife and his child. Only a miracle can save them now, and time is running out.

The year is 1961. America has a new president, named John F. Kennedy, and a new era the newspapers are calling The Dawn of Camelot. But for ten-year-old Paul Brett, dealing with an abusive father and immigrant gangs roaming his slum neighborhood of China Slough, America is only a small, dead-end place he is struggling to survive.

That is, until the night a stranger comes out of the darkness and initiates a journey–an unforgettable odyssey–beyond his wildest imagination.

From the mean streets of childhood, into the deadlier, coming-of-age wars for survival in a careless, unforgiving world, American Warrior follows one young man’s breathtaking and mesmerizing journey into manhood, and hell’s darkest reaches.

The world’s most powerful empire wants him dead…

…yet how far will the desire to achieve liberty push a brash college senior?

Cain Riscattare just wanted to return to school, play ball, and enhance his element control ability—never suspecting a military draft will derail his plans. Faced with the prospect of getting shipped off to fight a needless war under the imperial banner, Cain and his small group of friends resist, sparking a colonial uprising not seen in two decades.

The revolution has begun, and Cain is number one on the world’s global power’s hitlist.

Join readers who are talking about this fast-paced new adult urban fantasy and discover whether Cain and his friends survive the encounter. 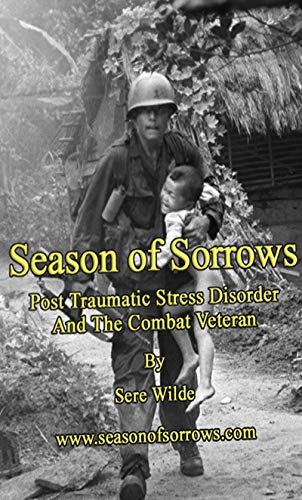 Ever wonder what you loved one really thinks and feels about his combat related experiences ?
Especially those events in a war zone that he will not open up and talk about … to you or anybody else?
From the Preface of Season of Sorrows: Post Traumatic Disorder In The Combat Veteran reads in part
“Season of Sorrows makes me smile, laugh, hurt and cry. You are painting a picture of war that few people have or will ever experience. It is important that you do this. I hope that these writings find their way to a larger audience than those of us privileged few who are experiencing them. War, to this generation, is a fictional activity, confined to movies and video games.
Many of my students, when I was teaching high school, were intrigued by Vietnam and could only see what they thought was the glory and “coolness” of combat. The most asked question was “Did you ever kill anyone?” What bothered me was the way the question was asked, like wow, you were really cool if you had actually killed another human being. I thank God I was never put in the position where I had to. Their impressions were reinforced by the media coverage of Desert Storm, in which war was portrayed as a sterile video game like experience.
I hope however, that you can find some way to publish Season of Sorrows in print also. This generation, and future generations need to hear not only your experiences but they need to hear your feelings and get even just a small glimpse of your hurt, fear and emotion. I know they will probably not be able to fully understand all they will read or hear, but even if they get just one small percentage point of understanding, they and society as a whole, will be the better for it.”
If your loved one’s mental pain is more than you can stand or is now past your family’s understanding and patience, Season of Sorrows lets you in his/her world.