What’s it like to live and work deep in forested isolation at a fire tower for six months of the year? While battling mental instability. And the medication prescribed for it. And your Mother. And your Maker. And your Maker’s assassins who see you as nothing more than an easy piece of meat supported by two edible stilts. And inappropriate behaviour around your female supervisor’s posterioso perfectus. And a tendency to enter your wiener boat in too many spankathons. And a multitude of other questionable habits. And, and, and, ad infinitum.

Oh, Tony. It’s Uncle Bonzo, mate. Can you smell the shrimp on the barbie? Why don’t you drop in and join us for a round. Where for art thou? Tony. We miss you.

“Hysterical and inventive … an ingenious and brilliant work of art … I won’t be forgetting it any time soon.” – Foluso Falaye (5-Stars: Readers’ Favorite).

“If I had to summarize this cocktail of insanity, I’d say get a tall glass, add one shot of Terry Pratchett, a healthy measure of Hunter S. Thompson, top up with some Jim Jefferies and garnish with one of those special mushrooms people aren’t supposed to eat….” – Michael Gardner (5-Stars: Readers’ Favorite).

“The plot is quirky and completely unique … the narrative throughout is wonderfully vivid and descriptive … this novel will make you laugh but also shed a tear….” – Lesley Jones (5-Stars: Readers’ Favorite). 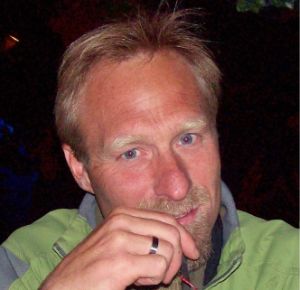 Jeff Pearson was born in Pembroke, Ontario, Canada, in 1963 and attended Carleton and Lakehead Universities where he mostly majored in Maximum Intoxication / Fiasco Production. Then he went vagabond—rambling / exploring / travelling / working—for years, all over Canada and beyond. For the past twenty years, he has been manning various fire towers deep in the Canadian wilderness. Mr. Pearson’s memoir, Miss Nude Canada’s Shoes (And Other Fiascos) – Act I * Greenhorn, was a 2020 Readers’ Favorite book award winner in the non-fiction humour category. Jeff has been seriously stoned on ASMR since he stumbled upon it in 2014.