There are paths in life we have no choice but to follow.

At the close of the nineteenth century, Vivian Alderdice is twenty-six, unmarried, and has no prospective suitors. Now the heiress of the Alderdice fortune, she has yet to fulfill her duty to her family and to society: to marry well and produce heirs.

Her brother’s tragic plight the year before left her and her mother on shaky ground with the San Francisco blue bloods of Nob Hill, and the only way they can re-establish their social position is to win the heart of Monte Leblanc, a wealthy Canadian in search of a wife and looking to become a member of the exclusive Washington Street society.

But a young man on the train tells Vivian things about her grandmother that shake her to the core. Even as she is pursued by the debonair Monte Leblanc, Vivian can’t avoid ghosts from the past who send her on a journey she is reluctant to take.

Is there always light at the end of a dark and hellish path?

If you enjoy family dramas with a touch of romance and suspense, you’ll love the continuation of The Alderdice family saga set in America’s Gilded Age by the author of the bestseller LESSONS FROM MY MOTHER’S LIFE, which debuted at #1 in the Amazon Historical Short Stories category.

Get Pathfinding Women today to find out the final mysteries behind the Alderdice family that will change Vivian’s life forever!

Do You enjoy reading novels set in exotic places?
Immerse yourself in the small town culture of rural Sri Lanka and follow the lives of two spirited female sleuths who prove that women can achieve the seemingly impossible.

Kiyama Fernando, an English teacher from Colombo, is running away from a failed marriage. She decides to spend some time with her good friend Vinodhini Dias in a small town far away from her troubles. But, little does she know that trouble is about to come knocking soon enough…
When the body of a local teacher is found abandoned in a paddy field and her friend becomes the prime suspect in his murder Kiyama concludes that the only way to help her friend, is to solve the murder before the police.
As their investigation leads them from a paddy field, to a rubber plantation, a gambling den and a school the two friends realise it is a race against the clock.
Will they uncover the killer before Vinodhini is taken away in handcuffs? Can they decipher friend from foe? Will the secrets they unearth lead them to an early grave?

The cast of quirky characters include a crafty money lender, a vociferous cook and a handsome landowner.
Fans of Alexander McCall Smith, Stuart Palmer and Christy Barritt will love this new series.

The Silver Baron’s Wife traces the rags-to-riches-to-rags life of Colorado’s Baby Doe Tabor (Lizzie). This fascinating heroine worked in the silver mines and had two scandalous marriages, one to a philandering opium addict and one to a Senator and silver baron worth $24 million in the late 19th century. A divorcée shunned by Denver society, Lizzie raised two daughters in a villa where 100 peacocks roamed the lawns, entertained Sarah Bernhardt when the actress performed at Tabor’s Opera House, and after her second husband’s death, moved to a one-room shack at the Matchless Mine in Leadville. She lived the last 35 years of her life there, writing down thousands of her dreams and noting visitations of spirits on her calendar. Hers is the tale of a fiercely independent woman who bucked all social expectations by working where 19thcentury women didn’t work, becoming the key figure in one of the West’s most scandalous love triangles, and, after a devastating stock market crash destroyed Tabor’s vast fortune, living in eccentric isolation at the Matchless Mine. An earlier version of this novel won the PEN/New England

An accidental trophy wife must survive the deepest depths of high society.

She has a degree, ambitions and something resembling a mind of her own. The trouble is, she just doesn’t use it anymore. Married to handsome aristocrat, Harry Green, Amy’s world is a whirlwind of luxury, labels and lunches.

But amidst the peerages and polo of the privileged few lie wolves in minks’ clothing.

Before she knows it, Amy’s perfect existence is plunged into chaos by the poshest of plots. Ominous heiresses, simpering starlets and a terrifying mother-in-law abound as Amy faces up to some harsh realities.

Can Amy survive life in the upper crust? Or is high society an all new low?

In 18th century France, women had few choices and little chance to shape their destiny.

Within these limits, Catherine Drummond dreams of a marriage as supportive and tender as that of her parents, but on her wedding night her new husband relates his own vision.

Catherine’s desire for sweet domesticity is crushed when Robert Picard reveals himself to be a man of his time, and assumes he will have the freedom to cavort without censure among the pantheon of women he has always kept.

She is trapped in the gilded cage of the chateau Lac d’Or.

Catherine attempts to escape only to be cast into a fresh hell from which release means being sent on a treacherous journey she could never imagine.

Zoe knows the secrets, now they’re coming for her.

The enemy will stop at nothing to get to Zoe and the military secrets that could change everything. What Zoe knows is getting people killed. Is she next?

Gage is a hardened special forces operative with only one soft spot: Zoe.

Her desperate screams echoing from inside her home switch his instincts from lover to guardian. To keep America safe, to protect the love of his life, Gage is coming full throttle.

Fiona Quinn will take you on a thrill ride.

Weaving an intricate plot that puts Zoe’s scientific mind and Gage’s battle-hardened skills to the test. With the safety of the US at stake.

Digging For The Truth Can Be Deadly

He’s working for a security group that only hires the best of the best. His job is fueled by danger and adrenaline, and he loves every minute of it. At least he did up until this minute. When Sophia walks into their briefing room, Brian’s heart stops. Sophia is the woman who spun his world and stole his heart then disappeared from his life.

Sophia is fighting to safeguard Syrian relics from being stolen and sold into private collections by terrorists. Her colleagues are being kidnapped and killed. But the FBI doesn’t believe all is as it seems with Sophia. The Bureau thinks she’s helping to sell conflict relics, funding terror, and putting America and her allies at risk.

This Case Will Test Brian’s Conviction, Honor, and Courage

He’ll Risk It All To Keep Her Safe

Honey Honig is good at his job, infiltrating the most dangerous places on Earth and pulling the hostages away from their kidnappers. When the bad guys slips through Honey’s fingers, he hunts a lead to Tanzania.

Honey Finds His Way Onto A Safari With Dr. Meg Finley, And Into Her Bed

For him, this isn’t just a passing romance, though. Meg sparks something deep and binding in Honey’s heart.

Out In The Bush, Terrorists Have Plotted Against Them

Honey and Meg find themselves swept up in a deadly game of politics and international crime. From the inside, can Honey and Meg save themselves? The others? It’s one thing to be part of a rescue team, it’s a whole other deal, to be on the wrong side of the metal bars. Whatever else happens, Honey swears he’ll find a way to protect Meg, and get her home safe. Or he’ll die trying.

Thorn has met his match

>>> Thorn’s mission? Get him safely home.

DuBois’s daughter has just been kidnapped, and he’s in immediate danger.

In an international game of cat and mouse, Thorn and his teammates are put to the test, both mentally and physically, as they unravel the mystery of why Juliette DuBois was snatched from the streets of France.

Ready for a thrill ride? Scroll up and grab your copy!

The Mercy of Time and Chance spans three generations of an Italian-American family. The first is steeped in old world customs, living in the manner expected of them by their church and community. The second clings to the old ways while the world continues to change. The third embraces the modern but reverts to the past when it suits them. Caught in the middle is Renie. Weaned on rejection and raised on neglect by a bitter stepmother, she’s unsure how to mother her children, unwittingly passing on what she believes are the proper roles of men and women. 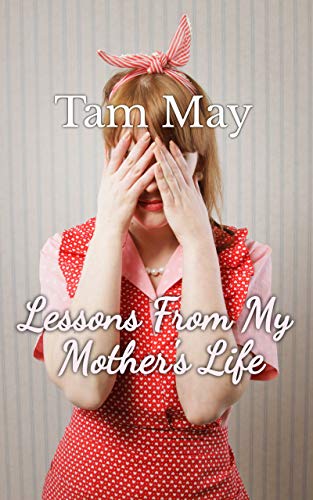 May Johnson used to be an ordinary wife and mother. Now, she’s a middle-aged widow grieving the loss of her only daughter— and the wrongful death settlement is only making things worse.

May’s sanity was already questionable when tensions rise with her smothering younger sister, so she sets out to find solitude down south in the marshes of Florida.

Animal encounters, unlikely friendships, sisterly squabbles, and hilarious scenarios take May on an unforgettable journey from the depths of grief to a new life. But, will she embrace it?

The Crying Bird is a Contemporary Women’s Fiction Novel, a heartfelt, humorous, and relatable story about real life.

To enjoy this story, scroll up and click Buy Now!

Vivienne Stark, a writer and military widow, has spent almost two decades of her life avoiding having a life. When she writes a bestseller, she is thrust into the limelight she never wanted. To complicate matters, an embezzler has wiped out the charitable foundation she created to help the families of fallen soldiers.

Will Foster, the lead singer of world famous band Static Neverland, considers himself to be a regular guy in the right place at the right time. Surrounded only by fame seekers and gold diggers, Will’s been hurt too many times to trust women. Little does he know, a chance introduction to Vivienne Stark will change his mind completely.

A not-so-typical set up leads to two people finding the love they never knew waited for them. But can they maneuver through the past hurts and current challenges to make their relationship last?