The Nicolette Percy case was a nightmare. She solved it, but the solution generated more questions than answers. Captain Kate Gazzara, suspended from duty and in danger of losing her job, is determined to find the answers and embarks on a one woman investigation deep into the heart of Appalachia. Within hours of her arrival in the tiny town of Loeb, Tennessee, she finds herself not only in danger of losing her job but also her life. Can she find the answers she needs?

Buy now and find out. 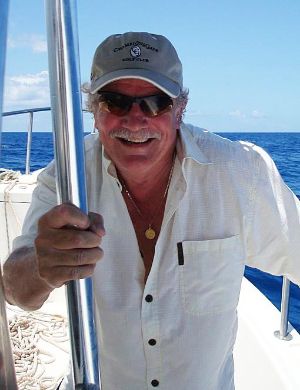 Me? I’m a retired journalist turned mystery writer. Until early in 2015, I wrote “sweeping historical epics” and thus I am the author of five historical novels, including the highly acclaimed Chickamauga… yeah, yeah it is. It’s a novel of the American Civil War. In July of 2015 I decided the research was more than I wanted, so I decided to try my hand at writing mystery novels, and so we have Harry Starke, a hard-boiled detective, “the original tough guy, wealthy with finely tuned senses and good instincts, as well as a rougher Mike Hammer type of attitude.” Really? Yeah, that’s what they say… the readers. Harry Starke, the first in the series, was released in mid-September 2015. The second book, Two for the Money, was released October 19 the same year. These were quickly followed by Hill House, Checkmate, GONE, Family Matters, Retribution, Calypso and Without Remorse. Calaway Jones, EMOJI and Hoodwinked bringing the total number of books in the Harry Starke series to 12. Number 13 should be available sometime June 2018. There is also a spin-off series featuring Lt. Kate Gazzara. These are pure police procedurals (American, of course).