Screams in the jungle are only the beginning…

Dr. Joseph Jackowski is a CDC disease research specialist deep in the jungles of the Congo witnessing the horrifying next phase in evolution.

Gwen Reynolds, a Red Cross worker from Iowa, prepares for a disaster, but finds it on the streets of the District of Columbia.

United States Department of State Under Secretary Michael Kinnick is tasked with sweeping an embassy terrorist hostage situation under the rug.

The ruthless leader of a Congolese militia group, Jacobin Kosoko, races toward Kinshasa to find treatment for his dying son.

They all collide with the dead in what is to become the deadliest outbreak in human history. No character is safe. You will follow Special Forces teams, bands of survivors, religious fanatics, counterterrorism units, biker gangs, and farmers as the government tries to stem the tide of the dead and the nation is turned into a hellish landscape. Who will rise? Who will fall? The only certainty is the dead will rule over all.

Readers are calling the series: “…the best ZA in awhile period.” “Grueling choices, mixed with rapid-fire action, is a hallmark of this series.” “Greene has raised the stakes yet again and the suspense doesn’t stop.” “With every new book in the Saga the stakes get higher and the action explodes off the page.” 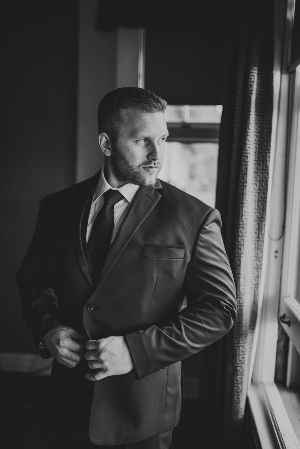 Daniel is the award-winning author of The End Time Saga and the historical fiction Northern Wolf Series. Whether it’s a saber charge in the American Civil War or a gun battle between two rival bands surviving a hellish landscape, he is known for his ability to embed every page with fast-paced action, thrilling suspense, and gritty realism.

He is an avid traveler and physical fitness enthusiast with a deep passion for history. The works of George R.R. Martin, Steven Pressfield, Bernard Cornwell, Robert Jordan, and George Romero, have inspired his work. Although he is a Midwesterner for life, he’s lived in Virginia long enough to consider it home.

He is a proud member of the Horror Writers Association, the Historical Novel Society, and the Military Writers Society of America.

Raised by his Mothers on the principles of the Goddess, but not one to believe, Ambrosia longs for the day when he can free himself of faith completely. Rituals of invocation, tales of reincarnation, dimensional coalescence, spirits and the astral plane… he never felt or saw anything during these teachings, and certainly nothing that he would consider proof of the lore, which brought him to the logical conclusion that there is truly nothing else out there–merely works of fiction. Yet all things change when Mona, a family friend he’s never met before, offers to grant his wish and take him far away from there. It’s only after arriving in the strange new place and leaving his one true home behind, that he is made to open his eyes. Either magic exists and the myths are real, or he’s lost his mind completely. It all starts with a girl and a dream…

Byron Fortin is a North American author of fantasy, suspense, and supernatural fiction. His background consists of studies in classical literature, theatre, and romantic poetry. Byron also holds degrees in both healthcare and electronic engineering, with a great interest in the future of alternative energies and a passion for the natural sciences. In 2012 he received the Diamond Century of Service Challenge Award for volunteer services.
What would you do if you found yourself in lockdown, in a town far from home, when you realise the dead aren’t staying dead? John and Kyra, two friends, have to ask themselves just that question. Stuck in Whitby, a seaside town on the coast of England, the two friends find themselves observers at the end of the world. The choices they make, the things they need to do, are all to ensure they survive what comes. This is their story of survival. This is How it Ends.

A reader, writer and lover of fiction. I explore worlds in my imagination and put pen to paper to share those with you.
Website : https://www.facebook.com/KillingtheDead
THE LAST RESORT is the 2019 Readers Favorite Silver Medal Winner for Horror Fiction & The 2019 Kindle Book Review’s Winner for Horror/Suspense

Born in Bath, England in 1974, a self-professed “funny onion”, equal parts Metal-Head Sport Loving Jock and Gaming Comic Book Geek. I am an author of Horror/Dark Thrillers usually with a twist in the tale and always character driven stories. I am also an A.S sufferer who took to writing full time after being forced to give work.
Website : http://www.mattdrabble.co.uk
Be Human, Not a Zombie: A Guide to Finding Your Fundamental Nature is a self-published book which got to be #1 best seller on amazon.ca – mental health It’s about an experiment the author did over 4 years on himself (10,000+ hrs) through meditation, self-inquiry, yoga, and mastery to touch back his fundamental nature and guides others how to touch theirs by turning within using the same means.

Pawel Wegrzyn was a nationally ranked Canadian tennis player and a NCAA Division II scholarship recipient, and even with all that success in tennis-the thing he loves, and dedicated his life to, he would still get abused by his own mind constantly, which made no sense! Through 20 years of coaching tennis, he was also able to witness that the mind suffering wasn’t just an issue for himself, it was there for all his students, and this went way beyond the world of tennis. After that revelation he got interested in meditation, yoga, and the workings of the mind and that’s how Be Human, Not a Zombie was created.
Website : https://behumannotazombie.com/
In Neil’s mind it started with the man in the park. Or, more specifically, with the vicious bite the man had given Neil. He was wrong about that. The December Plague had started weeks earlier, though no one knew it. The early symptoms were so mild that almost no one noticed them. A scratchy throat. A feeling of lethargy that you just can’t shake. But then the slurring started. And an intense irritability. Finally, an irresistible urge to bite and consume accompanying an uncontrollable rage. The Infected cannot be reasoned with and there is no known cure. They cannot recognize even their closest friends. Anything that attracts their notice risks being torn apart, including one another. Quarantined in a desperate attempt to contain the December Plague, the patients and staff of Wing Memorial hospital are left to fend for themselves. When the small security force sent to aid them are wiped out, the Infected run loose in the halls and Neil is trapped inside with them. Even worse is the knowledge that containment has failed and the outside world has no idea what’s coming.